Arne Dekke Eide Naess is widely regarded as the foremost Norwegian philosopher and one of the most influential intellectuals of the twentieth century. Internationally he was an important and inspirational figure within the environmental movement of the late twentieth century. Within the field of environmental philosophy, he is perhaps most known as the person who coined the term “deep ecology,” an approach to environmental problems that looks for its roots deep in the structure of our western society and the worldviews that guide it.

Arne Naess was born in Slemdal in 1912 and grew up as the youngest of four siblings in a wealthy home in Christiania (the name at the time for the city of Oslo). His father died before Arne filled one year and his mother Christine was alone with parental responsibility.

Already at age sixteen, Arne Naess began to attend lectures at the university. After graduation from school in 1930, he enrolled at the university, and three years later, only twenty-one years old, he finished his Master of Philosophy with mathematics and astronomy as subsidiary subjects. After a period of study in Paris, Vienna, and Berkeley, he became the University of Oslo’s youngest professor at age twenty-seven. At that time, he was Norway’s only professor of philosophy. 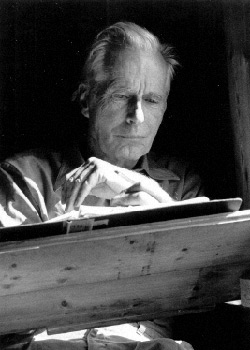