A Collection of Essays about Peter Wessel Zapffe

The View from Mount Zapffe

As a Result of his personal choice to remain childless, Zapffe’s name is now borne only by one of the Arctic mountains he pioneered. Some of Zapffe’s readers may feel that the fact that he was a mountaineer, humorist, and early champion of environmental conservation is rather at odds with the deep philosophical pessimism that was also characteristic of him. In this essay from 2004, Gisle R. Tangenes elaborates on both these dimensions in Zapffe’s strong and vibrant personality.

Dag O. Hessen, himself a biologist, is fascinated by Zapffe’s existential philosophy rooted in biological arguments. He also admires him because of his often very humorous style of writing. In this essay from 2012, Hessen explores Zapffe’s thinking on nature, biology, and ecology. He looks at Zapffe’s environmental engagement, his relationship to deep ecology thinking, and his “biosophic” method.

A Biosophical Perspective: Humans as a Tragic Species

On the occasion of Zapffe’s death in 1990, Sigmund Kvaløy Setreng had this to say about his old friend and source of inspiration: “Peter addressed the drudgery of life with a perspective as wide as the Norwegian oceans and mountains. In everything he wrote and thought, he believed that all of us are seekers deep inside, after ‘an answer to the single burning question—what does it mean to be human?’”

In this short text from 2012, Setreng states that Zapffe was probably the first in Norway to clearly elaborate an eco-philosophy of his own. Setreng specifically looks at how Zapffe’s thinking, even in its formulations from nearly a century ago, tallies with modern system ecology and entropy thinking. 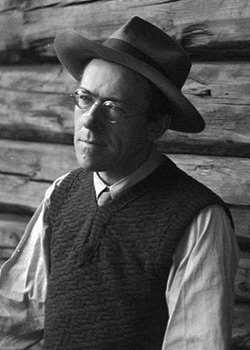